I have toured the U.S. and Europe writing and performing original music with my partner Rick Valentin in our bands Poster Children and Salaryman since 1987. We were featured in WIRED, MTV, CNN, New York Times, and performed live on Nulle Parte Ailleurs in Paris, France. We released 18 albums on various major and independent labels. Our newest album was listed on ABCNews / Good Morning America – “50 Best Albums of 2018.”

We performed over 800 shows, in England, Scotland, Ireland, Wales, Denmark, France, Germany, Belgium, Austria, Italy, Switzerland, The Netherlands, Ontario, Quebec, British Columbia, and in all but one of the continental United States. We played at CBGBs, The Fillmore (SF), the Whisky (LA), Knitting Factory (NY), Lollapalooza (back when it travelled!), First Ave in Minneapolis, SXSW, Millenium Park in Chicago, Trocadero in Philadelphia, St. Andrews Hall, Detroit, Lee’s Palace in Toronto, and the 40 Watt Club in Athens, GA.

Touted as one of the “best live performances of all time,” Poster Children were more likely to be written up in tech magazines than musical zines as they constantly found themselves on the cutting edge of art and technology. They created the first blogs (Rose’s Tour Reports, 1995-2003) and were authors of the first podcasts (Radiozero, started in 1998, ongoing). They created the first band-made Enhanced-CDs, a full-length DVD, and various websites for Reprise /Warner Brothers Records, SubPop, City Slang (Berlin), SpinArt, Frontier, Parasol.

Poster Children officially began in 1987, in Champaign, IL. Before that we’d practiced in Allen Hall dorm at UIUC, and had some other band names. We put our cassette tapes at first, and then vinyl albums and CDs. We have recordings on Limited Potential records, Frontier Records (CA), Twin/Tone (MN), SubPop (WA), Sire / Reprise / Warner Bros, City Slang (Berlin), SpinArt, Parasol, and now, Lotuspool records.

Here is a picture of part of our 90-page contract with Sire / Reprise records. It and other Poster Children business materials and designs are collected at the Sousa Archives and Center for American Music in Urbana, IL. ​​​​​​​

We signed to Sire / Reprise in 1992, after having released 2 full-length albums on independent labels. We did not want to sign to a major, but because we had a 3-record contract with Twin/Tone and their distributor (Rough Trade) had gone bankrupt, nobody could get our records. The only way off the label was to have our contract bought, and that required major label money.

Starting in 1995, I began to write and upload “tour reports” in html on our band’s website. This was way before the word “blog” was invented. As I wrote, I enjoyed being transparent about what it was like to be a girl in a punk rock band on a major label. These tour reports continue to the present and I have compiled them into a book called “Play Like a Man” to be released on University of Illinois Press, Fall 2022.

Poster Children is still performing and writing new music, and will be re-releasing our first album, Flower Plower on Lotuspool Records in early 2023.

We signed to Sire right at the time when people started using the internet for trading music and connecting with each other. It was an incredible time! Sire let us experiment with putting videos and interactive material on our CDs, and we won an award for one of our interactive samplers. Our CDs were called “Enhanced CDs” and incorporated games, learning materials and VR. With our computer science and engineering backgrounds, we were able to program these back in 1995. 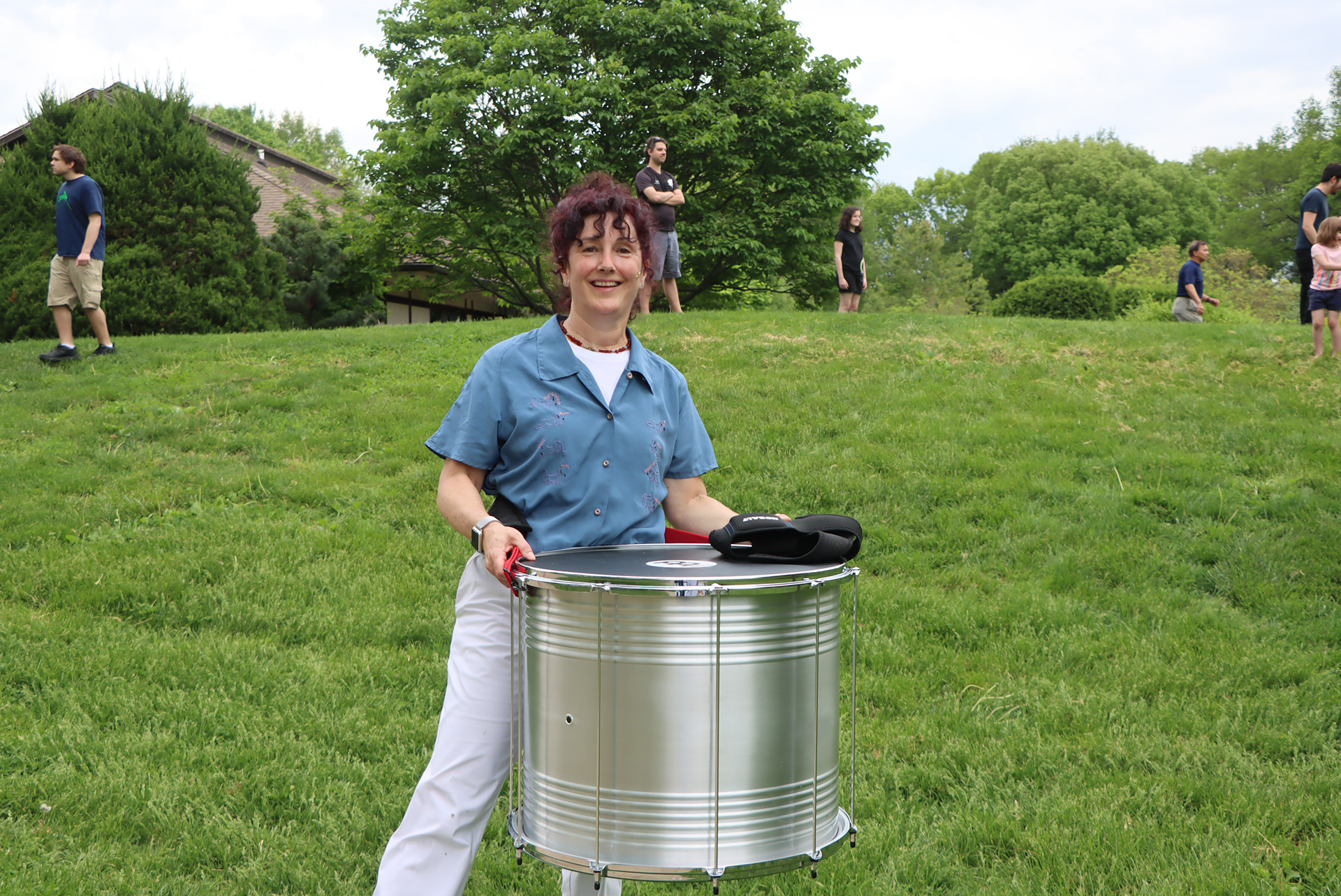 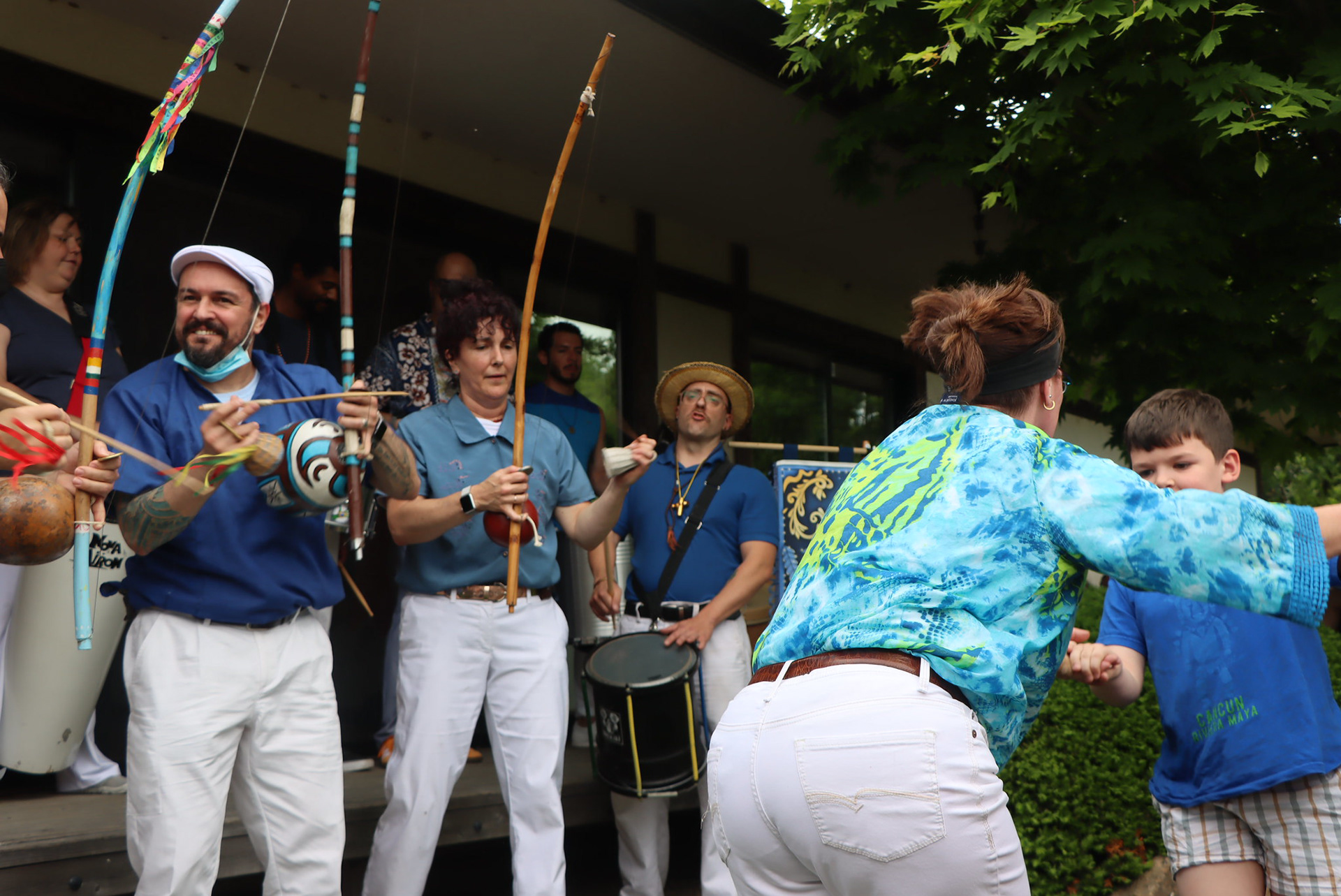 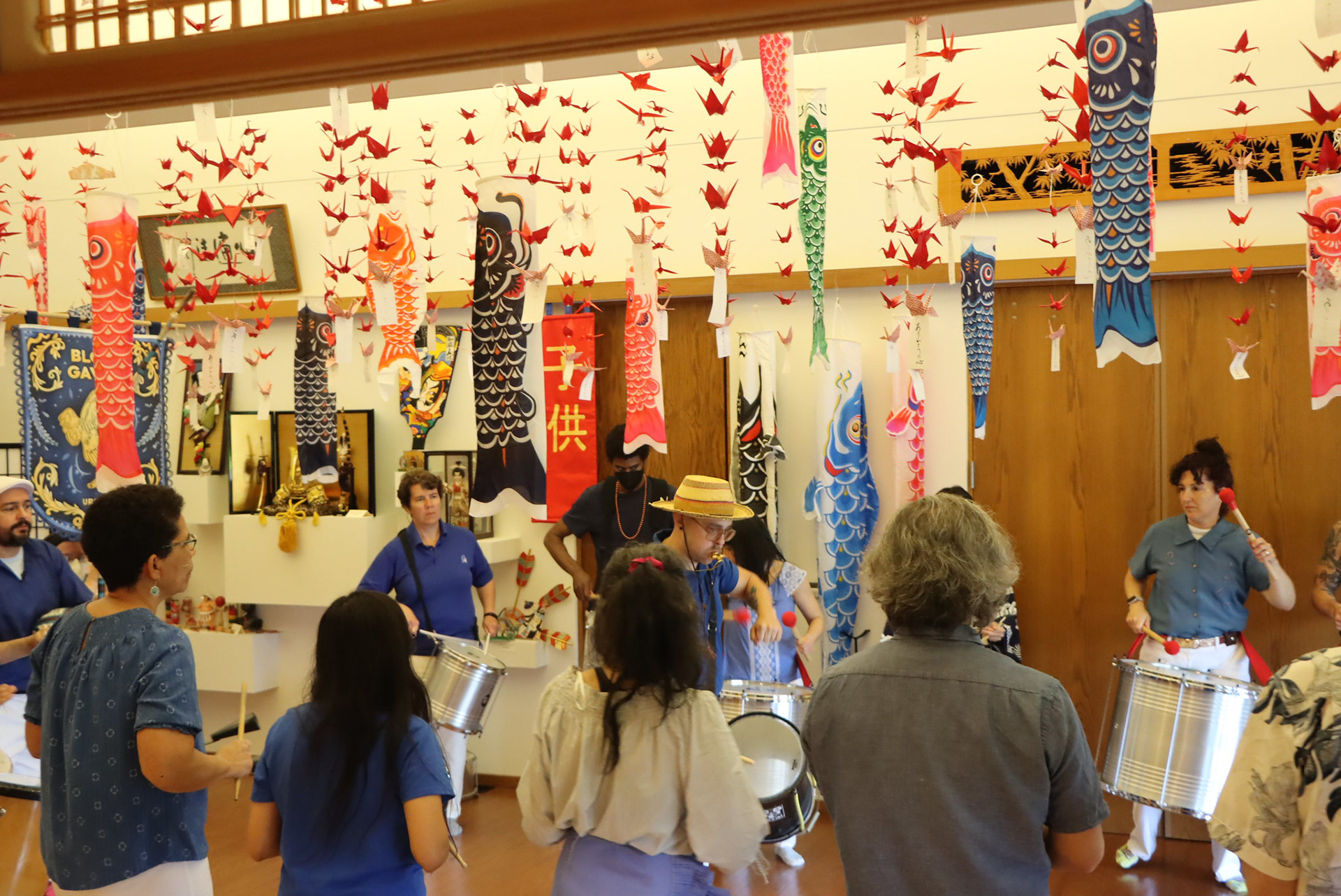 In 2019 I also began performing in a samba group named Bloco Gavião. We are based in Champaign, IL, and are named after the great Capoeira Angola teacher, Mestre João Grande.